The Ukraine Invasion and its Impact on Markets

Russia’s invasion of Ukraine has rattled the markets and, in the process, led many to wonder: What does this war mean for investments?

Markets are reacting just as we expect during global conflict, with declines in stocks and increases in bond prices as funds are moved toward the less volatile investments. But history tells us such reaction to geopolitical conflict is relatively short-lived. The best course of action is to remain calm and invested.

As a proportion of the global economy, neither Russia nor Ukraine contributes a meaningful amount of activity or growth, and direct exposure to companies in either country is a rounding error in portfolios we manage.

The two questions we need to ask ourselves: What will the response be from the US and Europe? What does the new equilibrium look like?

While none of us want Russia to act without Western resistance, neither the US nor Europe appears to have an appetite to engage a nuclear power in hot war. Therefore, the new equilibrium likely includes a Russian-occupied Ukraine and increased economic sanctions on Russia. 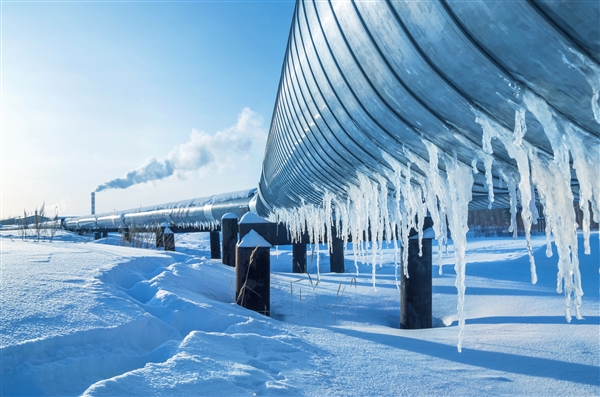 Energy is an important part of the equation. Europe as a whole, and Germany and Italy in particular, are dependent on Russian gas. Cutting off gas imports during winter would require tremendous sacrifice on their part. But it could be a strategic way to impact Russia’s economy enough and unite the country’s citizens against the war. As a tool, however, Russia could use gas in the same way by cutting off supplies.

As this crisis continues, oil prices are likely to continue climbing in the short term, contributing to inflation and adding to complexities the Fed is already facing. Markets seem to be pricing a higher likelihood of a 0.25 basis point increase in Fed Funds in March, not 0.50 as some were thinking prior to the crisis in Ukraine. The Fed is likely to be slow and steady, balancing the need to fight inflation and the risk that moving too fast will slow growth.

International stocks were attractively priced before the invasion of Ukraine. Today, those prices are even better. Much of the news we are all reading today has already factored in stock and bond prices. History would suggest that stocks tend to overshoot on the downside. That is, geopolitical crises are often followed by strong market rallies. Consider the following chart: 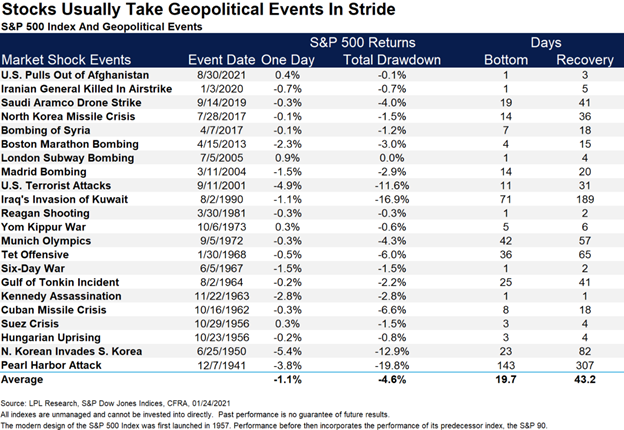 Times like this can cause us to be anxious, and there is a tendency to want to take action. It is important to think strategically about our allocation and remember that we are positioned well to capture the market recovery that typically follows the crisis.

We will continue to follow the situation in Ukraine closely and make investment adjustments as necessary. If you have any questions for the Portfolios Managers at Baker Boyer, please don’t hesitate to reach out to us or any member of your team.