In its December Board Meeting, Baker Boyer’s Board of Directors voted to expand the Bank’s Executive Committee from five members to nine. This expansion elevates the representation in the Executive Committee in strategic areas to help strengthen the Bank’s future growth and success. It also acknowledges the leadership and impact of the individuals being promoted.

“Baker Boyer successfully served eastern Washington and Oregon for 150 years thanks in large part to the strength of its vision and leadership. The expansion of our Executive Committee and promotion of these deserving leaders will ensure we are best positioned for the next decade and beyond,” remarked Mark Kajita, president and CEO.

Jolene Riggs will become EVP/Chief Financial Officer of Baker Boyer. She will be working closely with Mark Hess who had the combined titles of Chief Financial Officer and Chief Operating Officer. Mark Hess will remain on the Executive Committee with the title of Chief Operating Officer. Jolene started at Baker Boyer in 2006 as Controller and quickly rose to Vice President one year later. Prior to joining Baker Boyer, Jolene was the Chief Financial Officer for Blue Mountain Action Council here in Walla Walla for over 21 years. Jolene has a B.S. in accounting and is active in many charitable causes throughout the Walla Walla Valley. Jolene is currently on the Board and is the Treasurer of the school-based Health Center as well as the Citizens for School Board. She previously had been on the Board and acted as Treasurer for United Way. 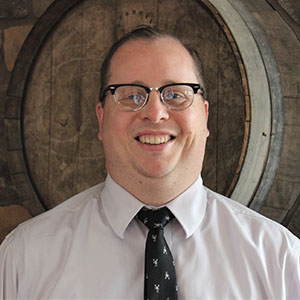 Kain Evans will become EVP/Chief Information Officer of Baker Boyer. He leads the Bank’s overall technology infrastructure, ensuring reliability, safety, and security of digital information, both for today and in the future. Kain joined Baker Boyer in 2013 as Director of Information Technology and is a 21-year veteran of the technology industry. Kain’s time in the technology field has encompassed roles as an individual contributor as well as management in support, testing, program management, operations, and development. He’s worked for startups as well as Fortune 50 companies with projects ranging from global-scale access and identity management systems to application development frameworks/platforms for mobile devices. Kain is a Whitman graduate who was raised in Eastern Oregon. 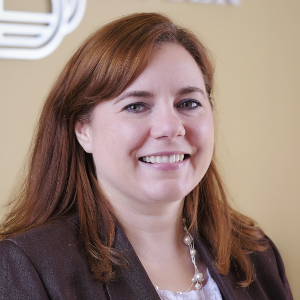 Vesna Dodge will become EVP/Baker Boyer Asset Management. She leads the growing Asset Management division, including investments, financial planning, and trust management. Vesna joined Baker Boyer in 2010 as a Trust Advisor assigned to the Tri-Cities office. In 2017 she transitioned to the role of VP/Regional Manager and currently leads the teams in both the Tri-Cities and in Yakima. Vesna has a Bachelor’s degree from Walla Walla University and attained her J.D. from Willamette University School of Law. She also holds a designation as Certified Trust and Financial Advisor. Prior to Baker Boyer, Vesna practiced law as an estate planning attorney. Vesna currently sits on the Board of Tri-City Development Council and is also a member of the Tri-Cities Estate Planning Council. 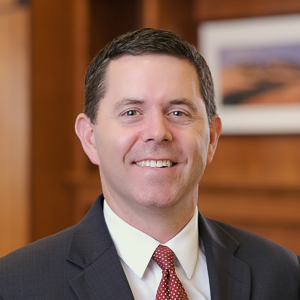 Rob Blethen will become EVP/D.S. Baker Advisors. He leads the Bank’s client relationship strategy, working closely with bank leaders and advisors across all offices to elevate Baker Boyer’s teaming approach of empowerment for the benefit of our clients. He also is responsible for marketing our unique client experience. Rob joined the Bank in 2016 after a 20-year career in business and non-profit leadership which included serving as the Publisher of the Walla Walla Union-Bulletin and General Manager of the Yakima Herald-Republic. He is a graduate of the University of Washington and has completed management programs at Northwestern University and the American Management Association. Rob has attained the designation of CERTIFIED FINANCIAL PLANNER™ designation by the CFP® Board. He has also lectured at Harvard University on Family Businesses and succession planning. Rob is active in the community and is the current Board Chair of the Walla Walla Chamber of Commerce and is a member of the Noon Rotary. He has served on the Boards of the YMCA of Walla Walla, Boys and Girls Club of Portland, Whitman Pioneer, and United Way.