Baker Boyer is proud to announce the promotions of Jessie Ilaoa and Rosendo Guizar to Senior Vice President effective January 1, 2022. Both have been with Baker Boyer for over 20 years and have worked in multiple roles within the company.

“Baker Boyer is committed not only to the long-term growth and success of our communities but also our employees. We are proud that Rosendo and Jessie have grown and developed their careers at Baker Boyer and will continue to help shape our future to ensure the success of our clients,” Mark Kajita, Baker Boyer President and CEO. 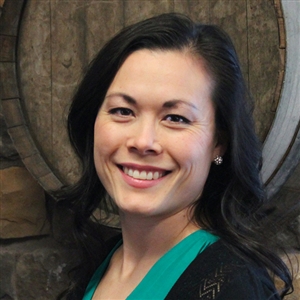 Jessie’s impressive career with Baker Boyer began in 2001 as a Teller. She quickly moved up to Vault Teller before transitioning into her role as Lead Operations Assistant, then Lead Operations Officer. In 2004, Jessie was selected to be the Bank’s first Compliance Risk Manager. She was further promoted in 2016 to Vice President, Regulatory Risk Manager and has been in her current role as Director of Audit & Risk since 2020.

Throughout her career, Jessie has continued to gain accreditations and industry certifications including a B.A. in Business Administration from Washington State University in 2004, Certified Regulatory Compliance Manager in 2007, M.B.A in Business Administration from Colorado State University in 2010, Certified Community Bank Internal Auditor in 2014, and Certified Internal Auditor in 2020.

Banking regulations have increased substantially since Jessie began her compliance career in 2004. Jessie has done an exceptional job keeping up with new regulations while communicating with staff throughout the Bank to ensure that they remain in compliance. As the banking industry moves to a more digital landscape, audit and compliance requirements continue to evolve. Jessie’s role requires her to work closely with regulators, external auditors, and the Board of Directors and she has earned trust and confidence from Baker Boyer’s leadership. Her efforts have been vital to the overall success of the company. 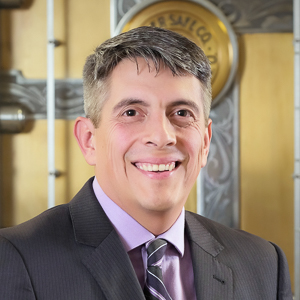 Rosendo began his career with Baker Boyer Bank in 1996. During his 26 years at the bank, he has worked in all facets of lending ranging from operational to direct lending responsibilities in both the consumer and commercial areas. He has held positions such as a Commercial Loan Assistant, Consumer Loan Officer, Business Advisor, Credit Administrator, and culminating in his most recent role as SVP Chief Credit Officer. Rosendo is responsible for the Bank’s entire commercial and consumer lending portfolio. His lending experience is a great benefit as he assesses and manages credit risk for the bank and its clients.

He is a graduate of Whitman College with a degree in biochemistry. In 2003, he graduated from the University of Colorado School of Banking. Prior to working at Baker Boyer, he held several entrepreneurial roles, which were instrumental in providing a well-rounded banking and financing background. His understanding of the challenges facing the self-employed and small businesses is an asset for Baker Boyer’s entrepreneurial customers.