The First Step to Leaving a Legacy 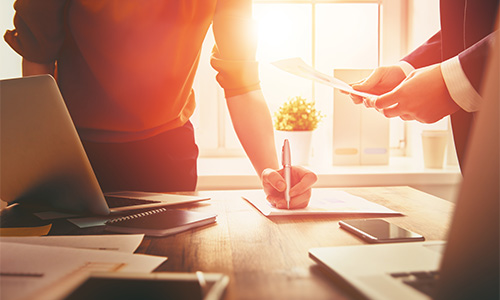 When I was a kid, I remember asking my father how much money he had. The answer, predictably was: “It’s none of your business.” I too have utilized this reasoning with my own children. For instance, when my sons stare at a plastic lightsaber and ask me to buy it for them, I say “Did you bring any money?” They inevitably say, “No, but you have money!” To which I respond, “True. I have money. You have nothing but 53 cents in tooth fairy cash. My money is none of your business. No lightsaber for you.” Grumbling and muttering then ensues. I imagine that this is a fairly common conversation that parents have with their children throughout our communities. After all, it is fairly common knowledge that there are four things that you aren’t allowed to talk about. What are they you ask? See if you can guess. I’ll wait…Ready? The four things that no one is allowed to talk about are Politics, Religion, Sex and…Money. Did you get them all? IS that right? More importantly, should it be right? While I won’t get into Politics, Religion or Sex, I would make the argument that our failure to talk about money, and the expectations around it, is the single largest obstacle to people sustaining a family legacy.

After all, it is fairly common knowledge that there are four things that you aren’t allowed to talk about.

Have you ever heard the term “From shirtsleeves to shirtsleeves in three generations?” John Davis, faculty chair of the Families in Business Program at Harvard Business School, has stated frequently that, “research shows that family money rarely survives the [wealth] transfer very long, with 70 percent evaporated by the end of the second generation. By the end of the third? Ninety percent.” A Wall Street Journal Article published in 2013 cites a study by the Boston College Center for Retirement Research that approximates that two thirds of baby boomers will inherit family money over their lifetime to the collective tune of an estimated $7.6 trillion dollars. Trillion. With a T. 70% of $7.6 trillion is $5.3 trillion dollars spent, 90% is $6.8 trillion dollars. That is a lot of legacy lost.

The same article also cited researchers at the Williams Group, a family wealth consulting firm. Their study asked 2,000 affluent families about the causes of erosion of family wealth. Was it taxes? Bad investments? Fraud? Nope. 60 percent of the time it was said that a breakdown in communication amongst family members was the largest cause. 25 percent cited the reason that families failed to prepare heirs for the wealth that was coming to them. In all, 85 percent of the families surveyed placed the primary blame of their failure to secure and pass on their family legacy on the failure of themselves to talk about their wealth in some capacity.

No one is saying that these discussions are easy.

No one is saying that these discussions are easy. Family legacies are comprised of many things, among them family wealth, expectations of older generations of younger ones, family histories, education about the family business and finances, charitable expectations and family dynamics. However, not having these conversations where family objectives and shared understanding is developed almost certainly means the demise of the family legacy. This is far too great a loss just because it was taboo to talk about it.

These discussions are vital to building and maintaining your family legacies, and if you are not comfortable starting them, ask your advisors to help you. Baker Boyer is a 6th generation family company that not only has helped our clients have these conversations, but have them regularly ourselves. I strongly implore you to make the number of things you aren’t allowed to talk about one fewer. It will be worth it for generations to come. Take the step. Now about those politics…