How do we make sense of the multiple sources of information that bombard us every day? 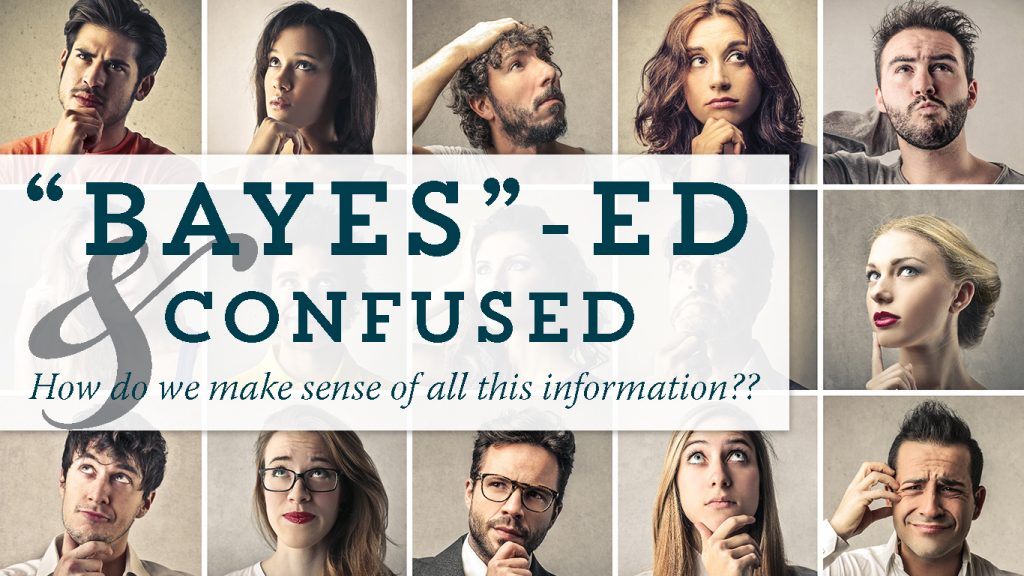 “A lie can travel halfway around the world before the truth can get its boots on.” - Mark Twain and Winston Churchill.

As a member of Generation X, I grew up getting all of my information from traditional sources, from pillars of integrity and authority. After all, I grew up at the feet of the of various “big three”: Jennings, Brokaw, and Rather; The Wall Street Journal, Washington Post, and New York Times; Time, Newsweek, and U.S. News and World Report. All trusted authorities on the world at large that would never let me down. Then I logged onto the Internet. I joined Facebook. I bought an iPhone. Then all hell broke loose.

Information bombards us constantly from all sides, all day, every day. Every side of every issue is in our face at all times. Facebook, Twitter, Snapchat, fake news, real news, fake news dressed up like real news, I even find myself constantly wondering whether or not the latest Onion headline is real or not. For instance: “California to Release All Prisoners Who Seem Nice Enough.” Could be real. I could see Walter Cronkite reading that. Ok, maybe not, but you get my point.

I have found myself spending more time than ever trying to sift through the noise to get at information that I can use productively to help inform my beliefs on any issue in an efficient way. The problem was, like the raking of leaves in my front yard, every time I thought I have figured out what I thought, I looked again and there are more “leaves” than ever. Then I went to an investment conference and was introduced to an 18th-century statistician and philosopher named Rev. Thomas Bayes. With him, I found a very effective way to help myself organize my beliefs based on evidence rather than noise, while creating a process to test my beliefs against all the information coming at me all day long.

I am so happy to be able to share this life-changing method with you. Bayes’ theorem is, quite simply put, the following:

There you go. You are welcome. Economists and Statisticians read no further, your prayers have been answered. For the rest of us, what Bayes’ theorem does is try to mathematically help us express to ourselves (using probability) how a subjective degree of belief in something (what we think) should rationally change to account for new evidence (information we have been bombarded with). So, for non-economists, the equation should really look like this:

We all wake up every day believing in many things. Some beliefs are strong and based on strong prior evidence (the world is round) and some beliefs are a bit more fluid (fat-free half-and-half makes no sense and should be outlawed). We take those prior beliefs into every interaction we have with the information constantly at our fingertips. Bayes’ method just helps us test the “heft” of our prior beliefs when they are confronted with new evidence. Prior beliefs are kept when their probability of being true remains even after being scrutinized through the lens of high probability new information. As you might expect, the key to any investigation of beliefs lies in honest, rigorous, and robust analysis of both the prior belief and the new information. Feel free to take a hint here Cable News and Internet…

The key here is to be skeptical and objective as you review and weigh new evidence, as a strong prior belief is very hard to change.

Though the math in Bayes’ theorem can get very complicated, the value of the concept is really quite simple and useful in today’s noisy world. When I read something, or am inundated with Facebook posts, if I just weigh the evidence of the information being put forth against the probability of my existing belief being true I can objectively evaluate whether the new information meets the burden to change my belief. The key here is to be skeptical and objective as you review and weigh new evidence, as a strong prior belief is very hard to change. The vital piece is to fact-check the proffered evidence properly. You can do that pretty easily in today’s world by looking to see whether someone else has already fact-checked something, or by finding the source material that the evidence is based upon. Often information is based only on a portion of the source material or is taken out of context. Then look for peer review on the source material. Look for how it was vetted and received in its proper context. At that point, if the evidence is overwhelmingly pervasive and compelling, then it is likely that you have found a better way to think about something.

Changing philosophies or strategies based on which way the wind blows is not Baker Boyer’s way, and we encourage our clients to have those high standards as well.

It is normal and natural to have strong beliefs, about all kinds of different things. Baker Boyer does too. We love the discussions with each other and especially with clients where different ideas come together and are deliberated. The key here, and the end message I am trying to convey is, that it is vital to objectively weigh evidence against your positions in order to either confirm those positions or change them through a robust and disciplined process that ensures that any change is done in a thoughtful way that holds up to significant scrutiny. In order to do that successfully, I offer a tool that has worked for me. When I am presented with information and find myself starting to have an emotional reaction of any kind, I STOP. Only by bypassing my limbic system, designed to create emotion and hinder critical thinking, can I take advantage of the system I have advocated above. Changing philosophies or strategies based on which way the wind blows is not Baker Boyer’s way, and we encourage our clients to have those high standards as well.

So, despite my failure to withstand the onslaught of Facebook, I am very glad that I have the tools with which to sort through the cavalcade of information coming at me from all sides. Thoughtfully weighing information against my positions in a systematic way allows me to survive and thrive in a post-Cronkite world. I can now navigate the Twitterverse and Facebook without losing my senses, which would let me determine that even though the saying cited at the top of this article has been famously attributed to both men quoted, there is no actual evidence that either one of them said it. Or is there?

Newsletter Sign-up Be first in line to receive our newsletter right in your inbox.