Walla Walla – Baker Boyer is pleased to announce the promotions of Jodi Venneri and Levi Waggoner to Vice President, and of Nick McShane and Anna Duncan to Assistant Vice President. All promotions are January 1, 2019.

“Seeing the growth of these individuals is to our culture of nurturing talent the bank and our commitment to the communities we serve,” remarked Mark Kajita, Baker Boyer President and CEO.

Jodi began her career at Baker Boyer back in April of 1983 as a graduate of Weston McEwen High School and the University of Oregon. Her first role in the organization was in the Operations department. After four years of learning policies and procedures within that department, she became one of the first members of the Information Technology Department, which formed to move the bank from a paper ledger system to a computer-based system. Jodi helped the bank go through this revolutionary process and then stayed on to provide exceptional internal and external IT support for the next 30 years. Most recently Jodi has moved into Credit Administration to provide knowledge and support as the bank continues to evolve systems in critical departments. In her free Jodi loves to travel with her husband Doug, spend time with family, and work on various committees associated with the YMCA. 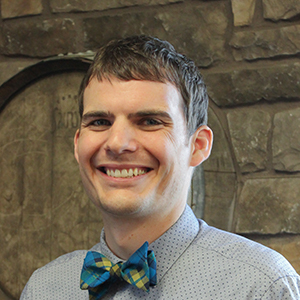 Waggoner’s career with Baker Boyer began in 2017 when he joined the team as the Human Resources Manager and was promoted to Assistant Vice President in 2018. Levi received his Bachelor of Arts degree in Public Relations and Journalism from Walla Walla University. Levi is very passionate about helping to guide and assist employees. In addition to his Human Resources expertise, Levi has a background in music and is a founding member of “The Bank Notes,” Baker Boyer’s own a cappella group. 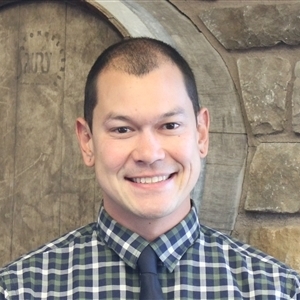 Nick began his career at Baker Boyer back in April of 2010 as a College Intern within the Audit department, where he was hired on to a full-time position in 2011. In 2012, Nick moved to the Operations Department. Serving in the complex role of System Applications Support, he was responsible for annual updates to the bank’s mainframe software system and configuring how multiple applications interfaced within the bank. During his first three years, he not only took on a lot of responsibility at the bank but he also worked behind the scenes to complete his Bachelor’s Degree in Business Administration from Washington State University. Most recently Nick moved into a management position in 2017 to oversee the Loan Operations department. In this role, he and his team are responsible for all loan maintenance, payments, and servicing. In his free time, Nick enjoys coaching the Walla Walla Roller Girls, golf, traveling to concerts, and spending time with his family. 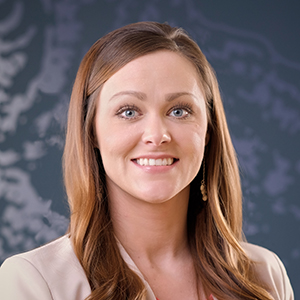 Anna joined Baker Boyer in 2017 bringing with her seventeen years of banking experience, including nine years in branch management. As a Consumer Loan Advisor, she enjoys intersecting with people on their life journeys as they manage and build credit, buy or build a home, or purchase a vehicle or recreational vehicle. Anna also believes in making loans attainable by helping people overcome obstacles and setting up a plan to build their credit.

Anna grew up in Prineville, OR and has called Walla Walla home since 2008. She values investing in the lives of kids through her volunteer work with various local sports and rodeo programs. She served as the Treasurer of the Davis Dragon’s PTA and was on the Board for the Cayuse Junior Rodeo Association. She is also involved with the Realtor Care & Share Food Drive. Anna enjoys spending time with her family including her son who is very active in youth programs around the valley.